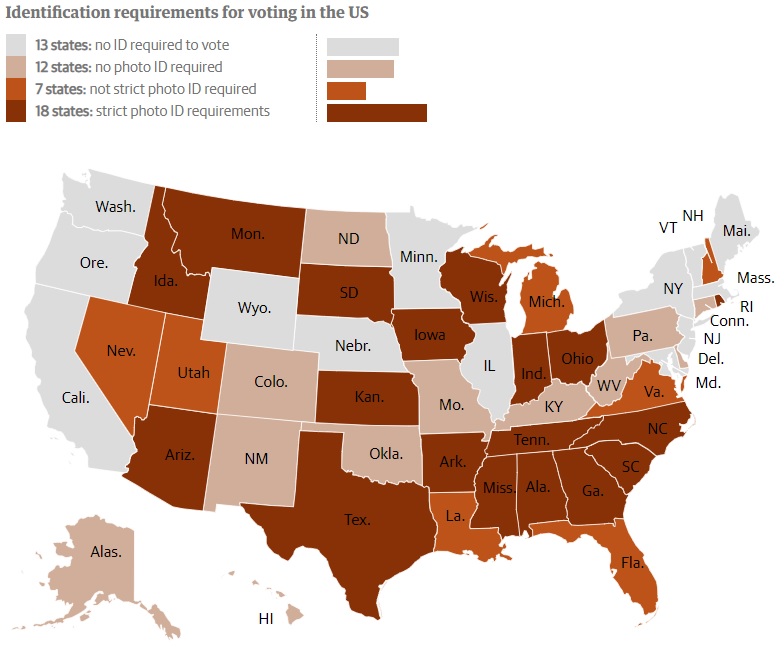 The stricter the laws on acceptable forms of personal identification, the more difficult it is for minority groups to cast a ballot. This graphic was last updated on Tue 21 Jan 2020. Graphic by The Guardian

Long Lines, Closed Polling Centers and Other Barriers to Voting: 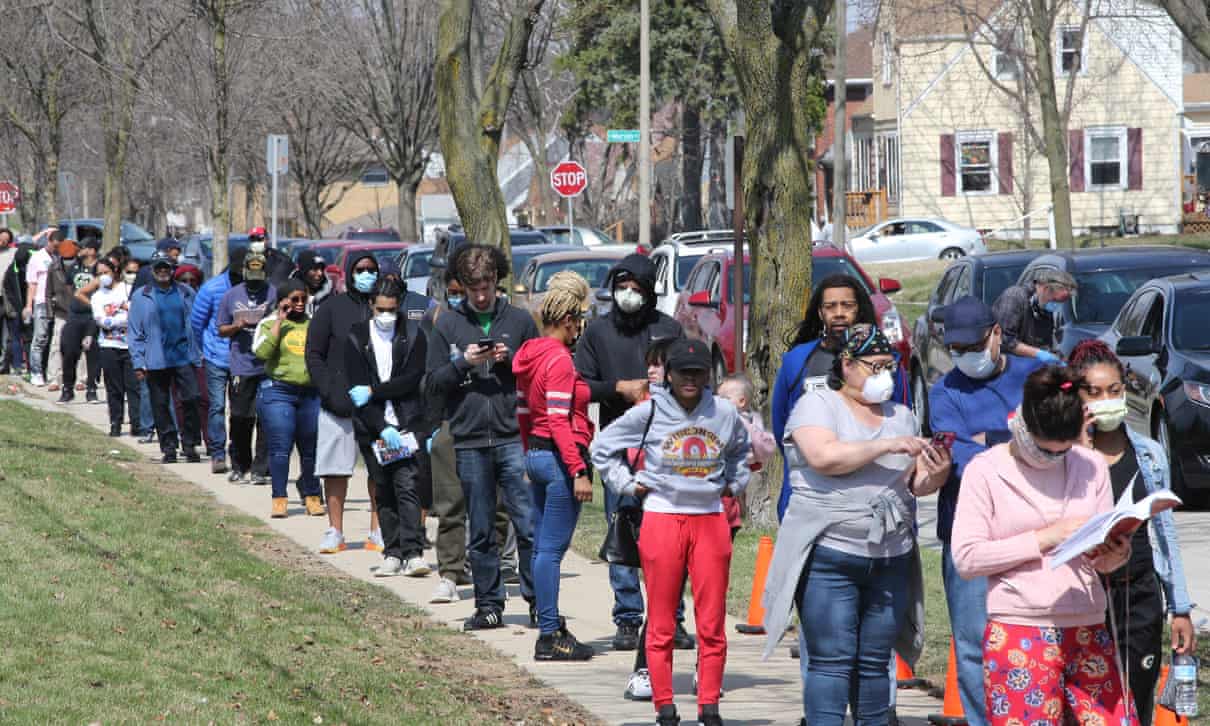 Milwaukee County residents line up to vote on 4 April 2020. Photo by Pat A Robinson/Zuma Wire/Rex/Shutterstock

– Back to Vote for Human Rights Toolkit –

Permanent link to this article: https://www.hrwstf.org/wordpress/?page_id=14216