What is Juvenile Justice? 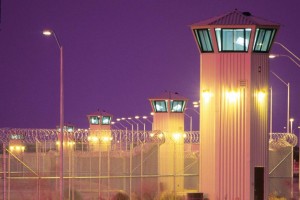 Children around the world who are arrested and detained for alleged wrongdoing are often not given the protections they are entitled under the Convention on the Rights of the Child. In many countries, children are charged and sentenced for acts that should not be crimes—such as truancy or misbehavior at home. Some states treat certain children, especially older adolescents or children who are accused of particularly serious crimes, as if they were adults during their trial and sentencing. Sentences of death, life without parole, and corporal punishment are still handed down in some countries, in violation of international law. The international prohibition on detaining children with adults is also often violated.

Check out these resources for more information about juvenile justice:

Over 6,500 people currently in California prisons were under the age of 18, and as young as 14-years-old, at the time of their crime. Changes in California law have diminished many safeguards and points for review that once existed for youth charged with crimes. Longstanding procedures requiring a formal hearing before a judge and assessment of the young person before being sent to the adult criminal system have been undermined by rules for automatic or direct filing. Laws now mandate the automatic transfer to adult court youth as young at 14-years-old in some cases. As a result, many youth now are tried as adults and face adult penalties without consideration of their amenability to rehabilitation. These changes mean that California has limited its ability to impose sentences that make sense for a young person.

In California, youth as young as 14-years-old are tried as adults in criminal courts and sentenced to adult prison terms.

This November 8, Californians will vote on the Public Safety and Rehabilitation Act of 2016. This initiative:

Check out these resources for more information about Proposition 57:

How can I help?

Use the Personal Advocacy Planner to focus your outreach efforts

Get Out the Vote! and help people get registered.

Videos and Other Resources

What happens when we lock up juvenile offenders in adult prisons? “Stickup Kid,” (28:18) a PBS FRONTLINE digital exclusive, tells the story of Alonza Thomas — sent to adult prison in California at age 16 – and how spending over a decade behind bars impacted him.

“Childhood Interrupted,” (20:50) was created by the Campaign for Youth Justice. Experts for youth justice reform as well as formerly incarcerated youth and their parents speak out about the tragedy of sentencing youth to adult prisons.

This New York Times op-doc, “A Ride Home from Prison,” (7:48) follows one man’s journey home after his release from prison.

Permanent link to this article: https://www.hrwstf.org/wordpress/?page_id=6478