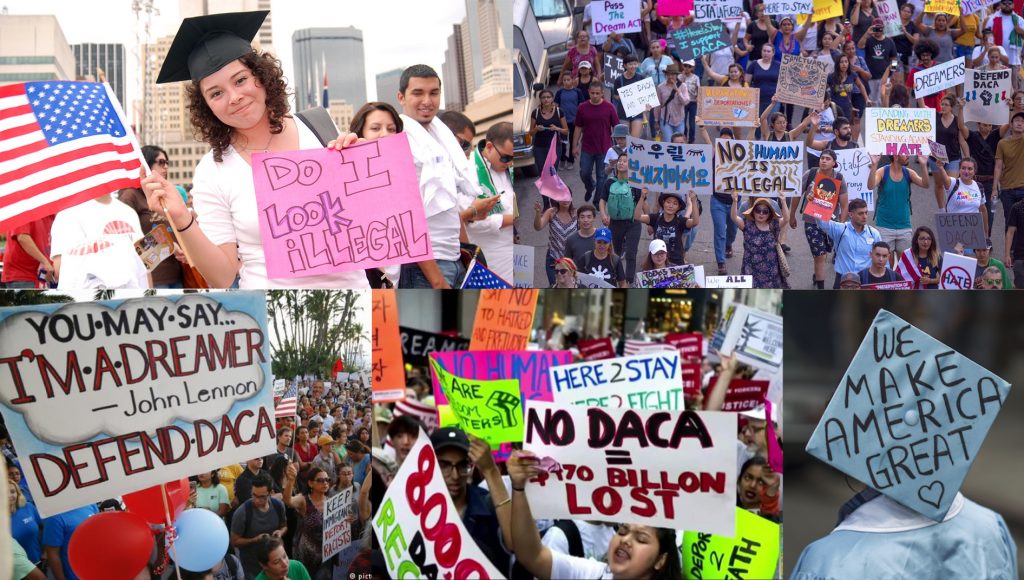 Since 2012, nearly 800,000 undocumented immigrants who came to the U.S. as children were allowed to go to school and work without fear of deportation under the Deferred Action for Childhood Arrivals (DACA) program. On September 5, 2017, President Trump rescinded the program and gave Congress six months to determine the fate of DACA recipients. Human Rights Watch has said, “Trump’s repeal of DACA will expose hundreds of thousands of people to deportation by a cruel and unjust immigration system.”

How Much Do You Know About DACA Survey and Answer Key

DACA By the Numbers

Menu of Education and Advocacy Tools

How I found Out I’m an Undocumented Immigrant by Vanity Fair (4:44)

We’re DACA Recipients, but We’re Fighting for All Undocumented Immigrants by The Nation (7:14)

Permanent link to this article: https://www.hrwstf.org/wordpress/?page_id=7887