To celebrate the 30th Anniversary of the Convention on the Rights of the Child, STFers are hosting a variety of events to engage their campus communities in human rights advocacy actions. Here are some recent examples of their work: 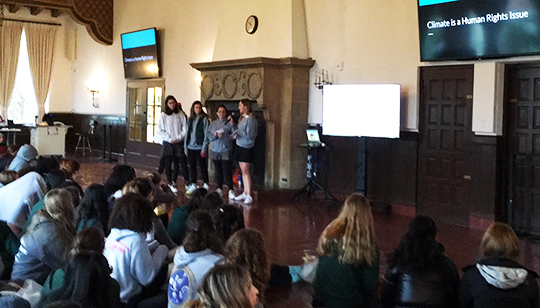 Partnering with the Sustainability Council, the Archer STF chapter co-led a school wide assembly to discuss climate change through a human rights lens on December 4, 2019. STFers detailed the importance of the Convention on the Rights of the Child and how children’s rights are impacted by climate change around the world, while the Sustainability Council highlighted the impacts of fracking in Los Angeles on the environment and in surrounding communities. Photo by Rachael Azrialy 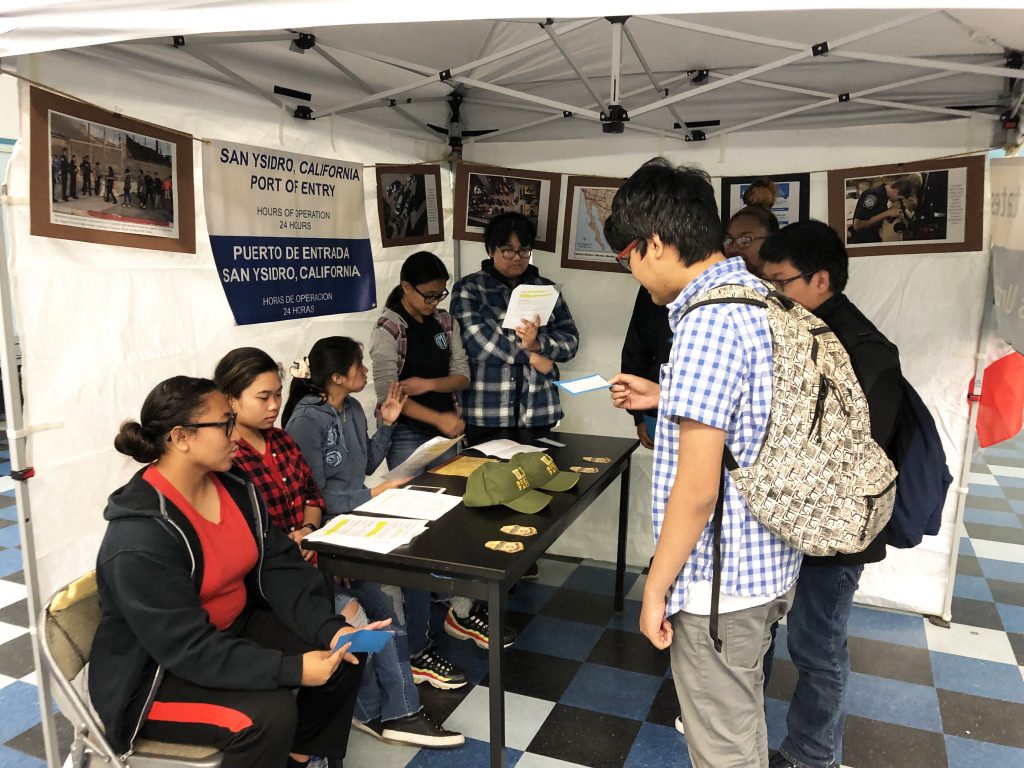 On November 20, 2019, Carson Senior High School STFers hosted the “Human Rights on the Southern Border” traveling exhibit to remind their classmates that children are still being separated from their families and held in U.S. immigration detention centers, violating their human rights including freedom from separation from parents (CRC article 9) and deprivation of liberty (CRC article 37).
Photo by Kristin Ghazarians 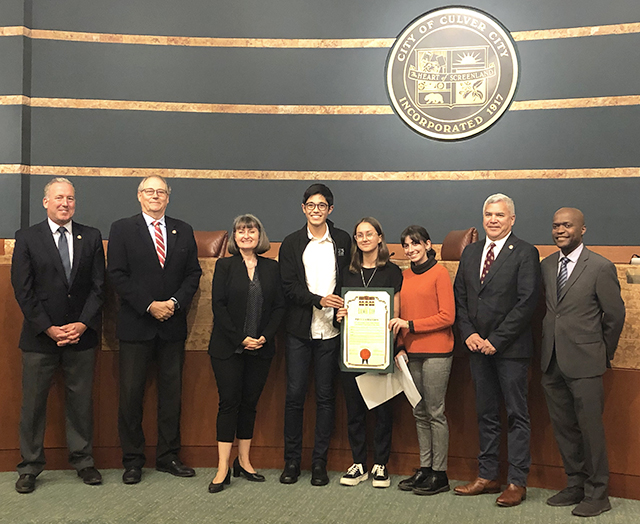 On November 18, 2019, before the 30th anniversary of the Convention on the Rights of the Child (CRC), the Culver City City Council recognized November 20, 2019 as the official anniversary of the CRC. At the same meeting, Culver City STF leaders asked the Council members to adopt the CRC, proclaiming its commitment to protecting children’s rights in Culver City. A vote on the proposed resolution is expected at the January 27, 2020 meeting. Photo by Marianna Babboni 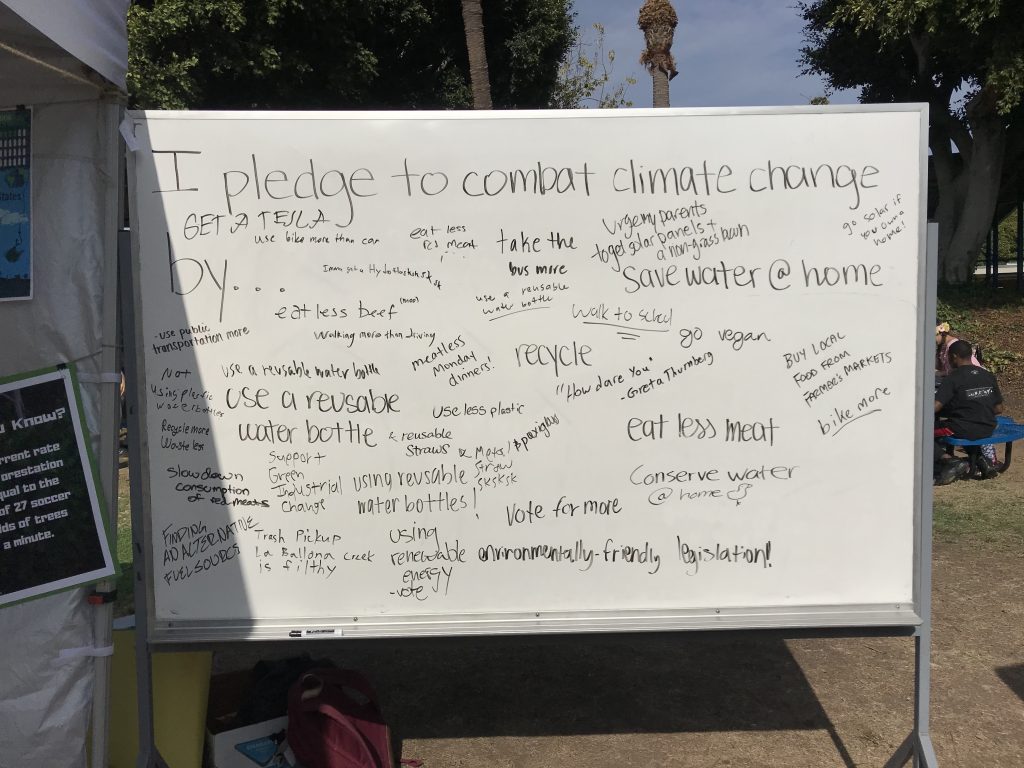 To help their campus better understand the science behind climate change, Culver City STFers partnered with a science teacher to host a Centaur Plus discussion and educational tent on November 14, 2019. As part of the tent, students made personal pledges to reduce their carbon footprints. Photo by Evalie Rehor 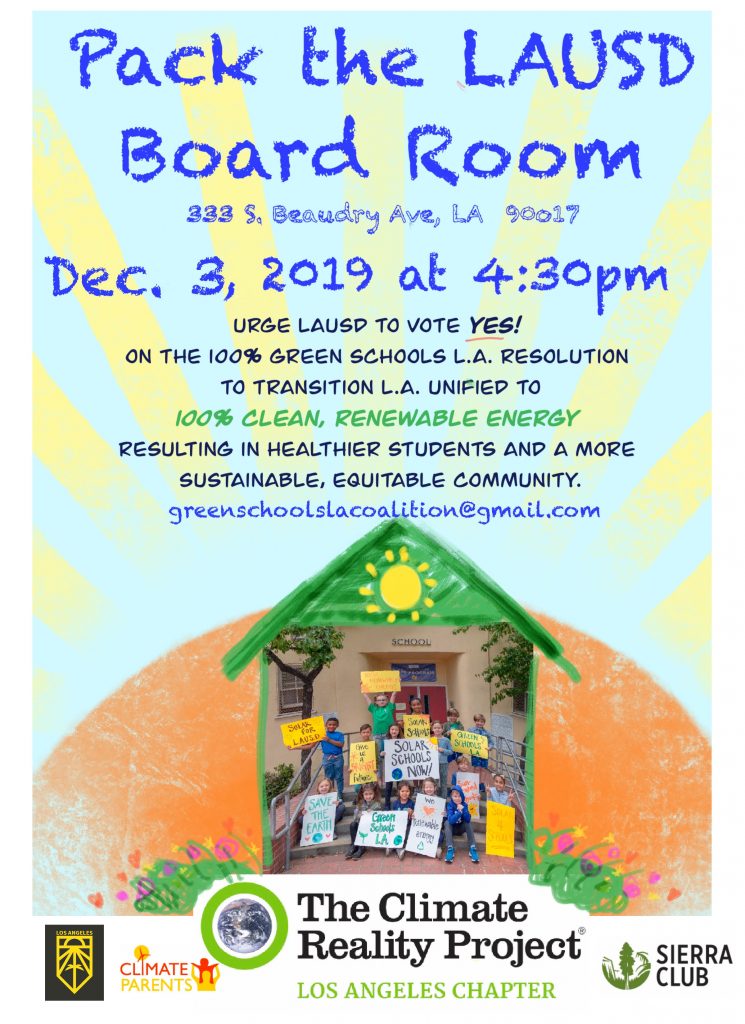 Palisades Charter HS STF hosted guest speaker Michael Zelnicker, co-chair of Climate Reality Project LA, during a school-wide chapter meeting on November 20, 2019. Mr. Zelnicker alerted the chapter to the Statement of Support urging LAUSD Board members to vote to transition LAUSD schools to 100% clean, renewable energy. Pali STFers attended the Board vote on December 3 where the Board of Education unanimously approved the resolution transitioning all LAUSD’s electricity to renewable sources by 2030. 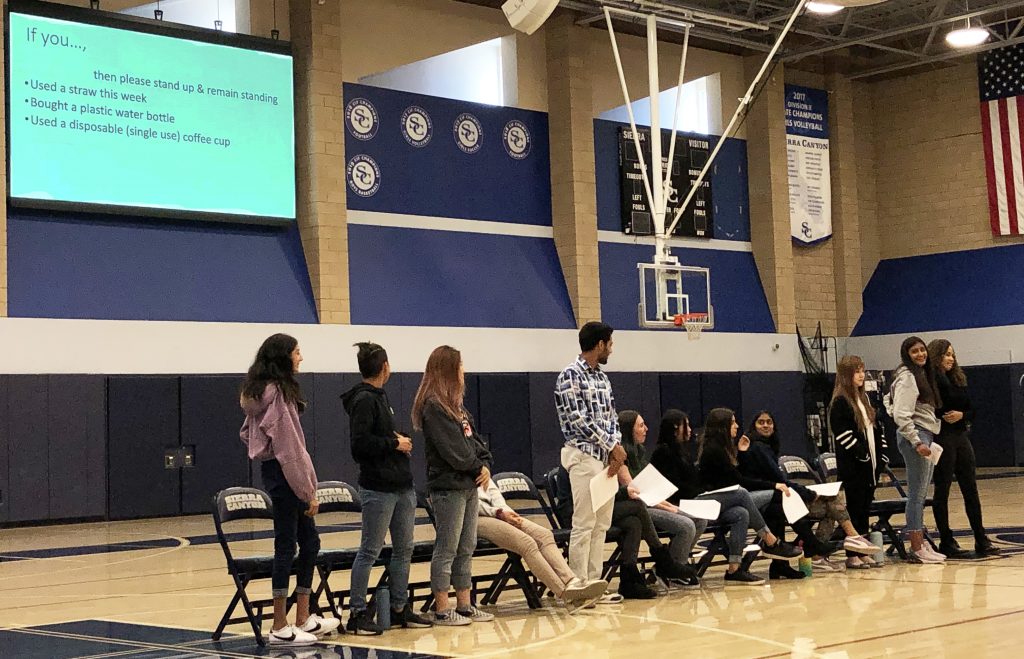 During their weekly all-school Community Time on November 22, 2019, Sierra Canyon STFers hosted a climate change knowledge competition for students in grades 7-12. They put up posters with climate change facts around their campus earlier in the week to encourage their classmates to learn more about climate change. Then, after a presentation connecting climate change to children’s rights, and a PowerPoint presentation by a science teacher about how individuals can reduce their carbon footprint, STFers challenged the audience’s understanding using a Kahoot. Several groups of students were able to correctly answer 8 or more of the 10 questions correctly! Photo by Kristin Ghazarians

Permanent link to this article: https://www.hrwstf.org/wordpress/childrens-rights-advocates-in-action/