Participants learned about the challenges Central American migrants face to get to the U.S.-Mexico border, what a credible fear asylum interview can sound like and heard the cries of children separated from their families in detention centers in summer 2018.

As follow up, STFers will offer their classmates the opportunity to sign letters to their elected officials asking them to take a leadership role to protect human rights in the U.S. immigration system and be a voice for human dignity.

Scroll to see photos of the events: 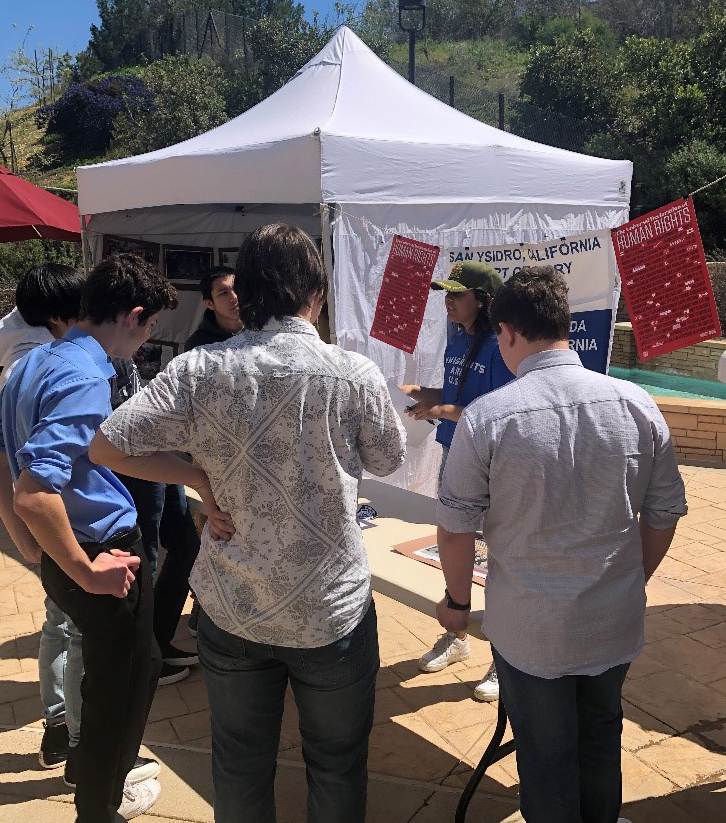 Academy of the Canyons STF leader explains what a port of entry is and the process for entering the United States legally. Photo by Nancy Nazarian-Medina 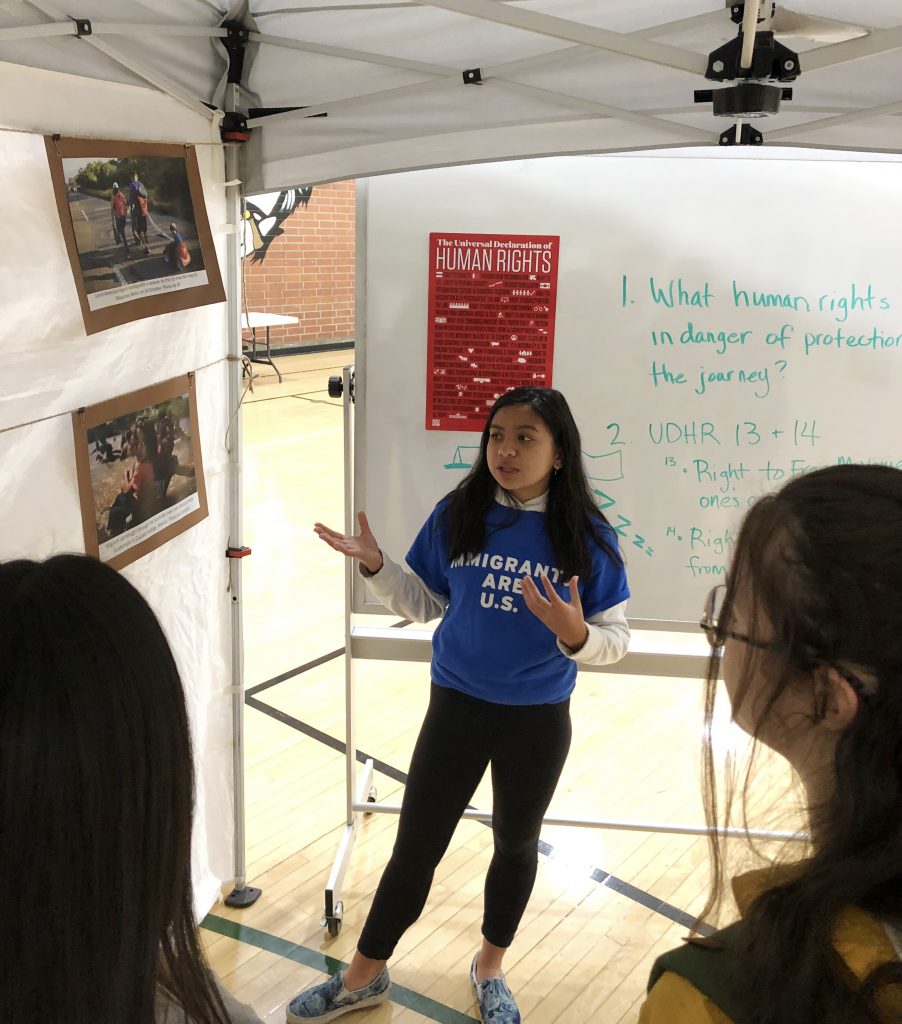 At Canyon High School, students talk about articles of the Universal Declaration of Human Rights and human rights abuses migrants face causing them to fleeing their homes. Photo by Nancy Nazarian-Medina 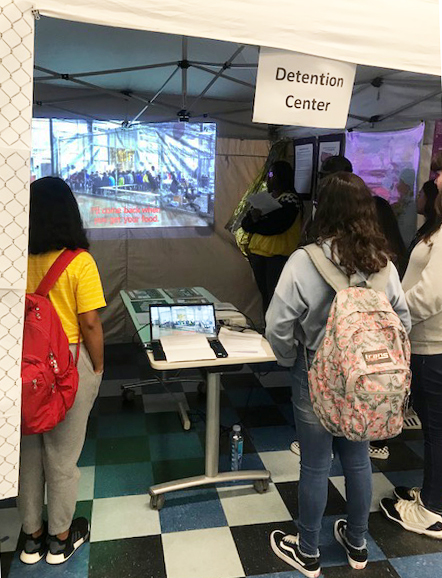 Students listen to children in detention centers beg to be reunited with their families in summer 2018. Photo by Suzanne Cheatham 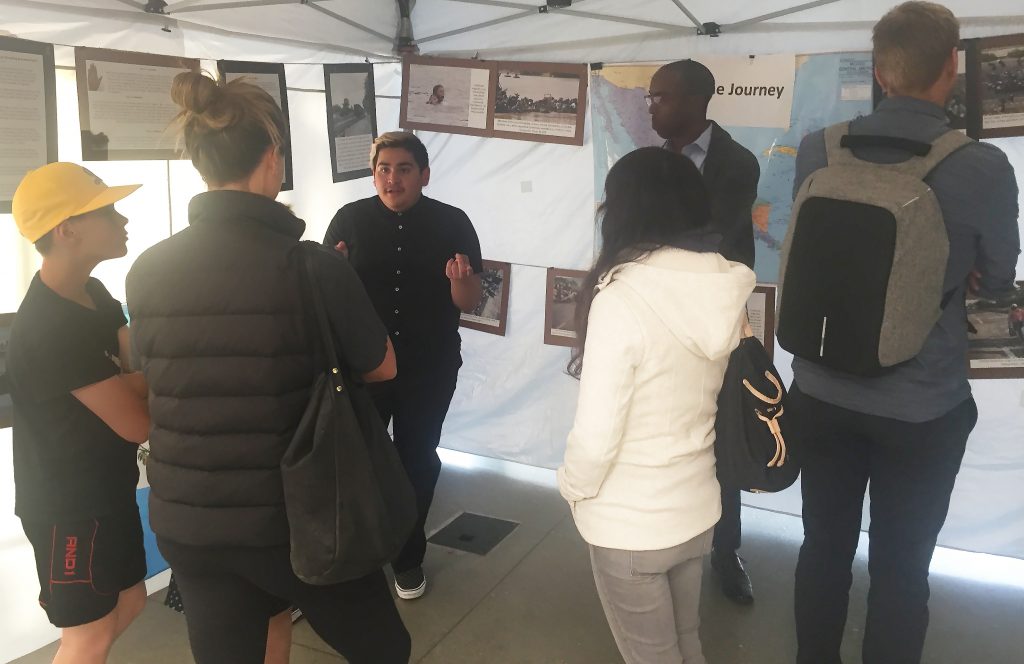 During their annual exhibitions for their school community, Da Vinci STFers explain to parents, teachers and prospective students the dangers Central Americans face in their home countries and the human rights abuses they experience on their journeys north. Photo by Kristin Ghazarians 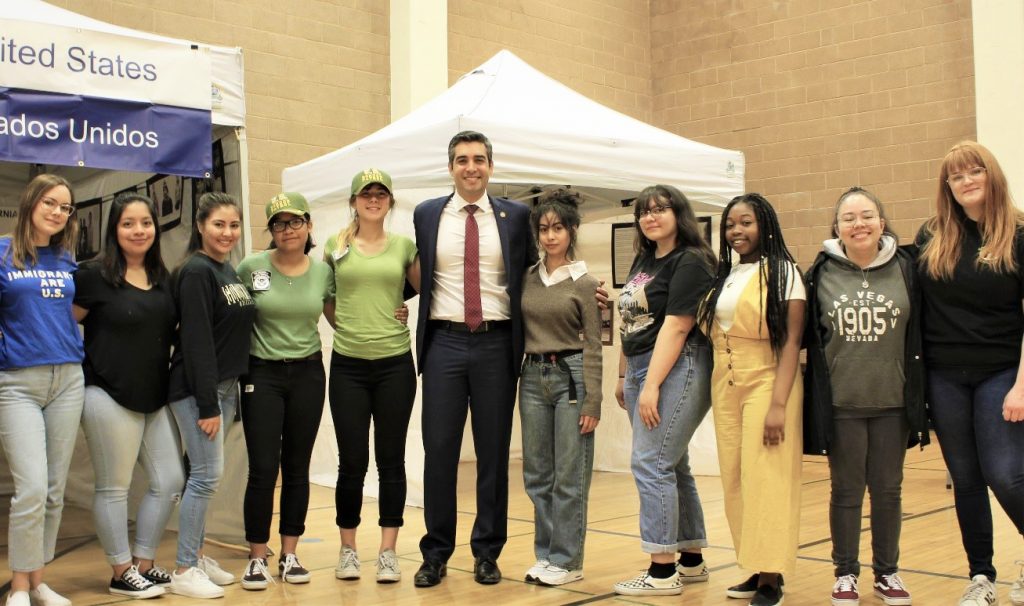 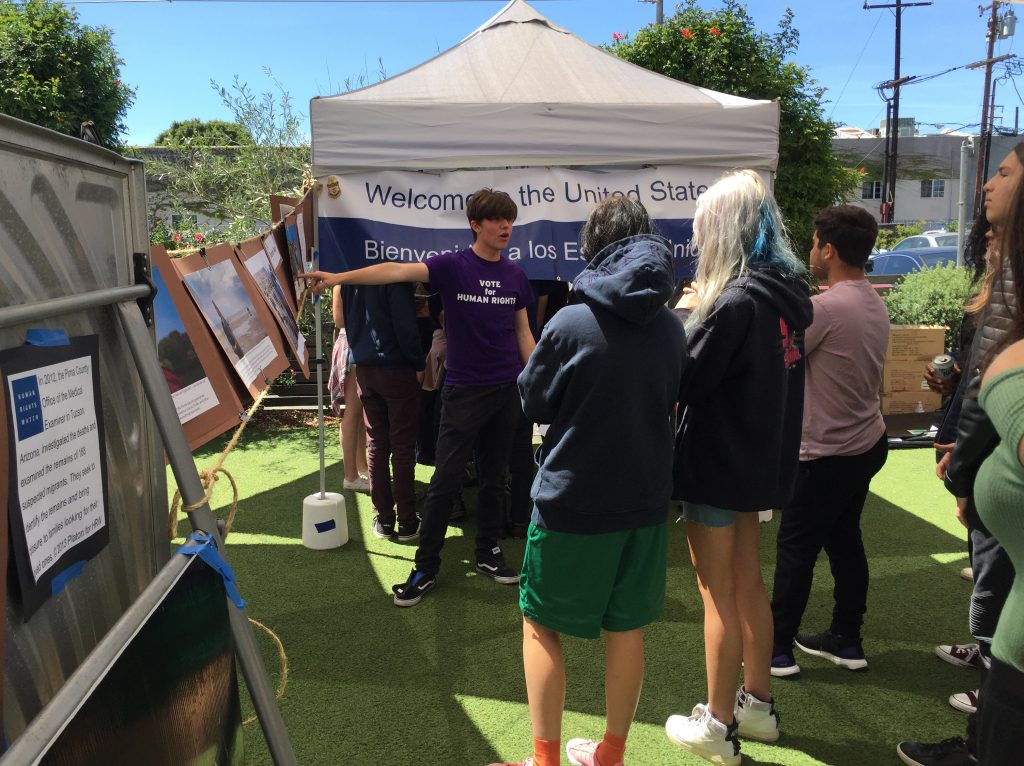 Participants learn about the many different people and hostile terrain on the 2,000-mile U.S.-Mexico border at New Roads School’s exhibit. Photo by Kristin Ghazarians 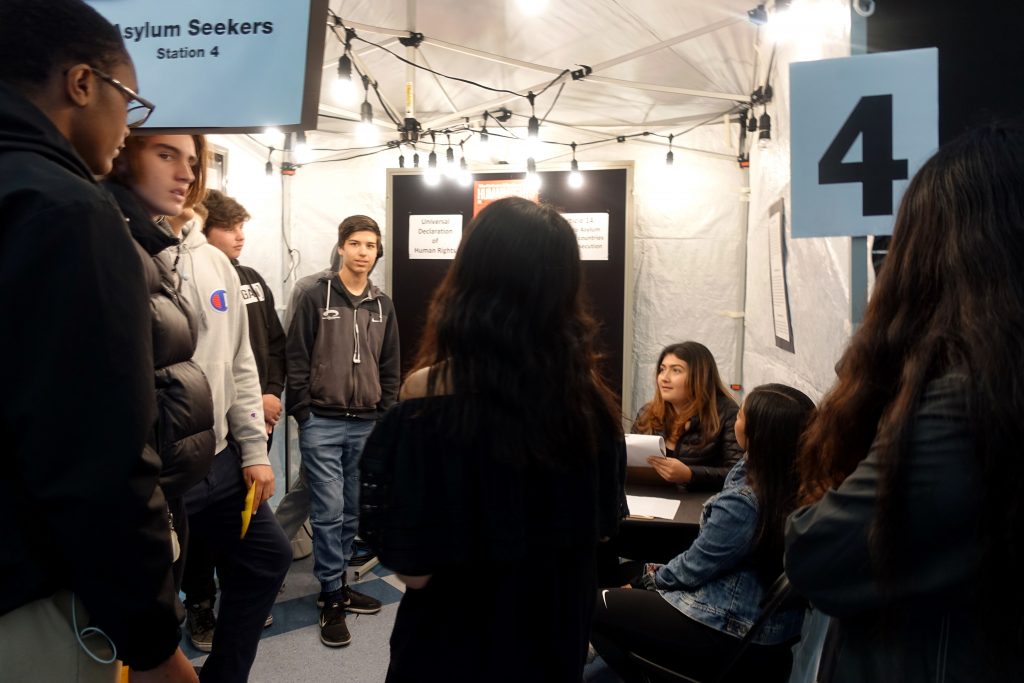 Permanent link to this article: https://www.hrwstf.org/wordpress/facts-human-rights-on-the-southern-border/