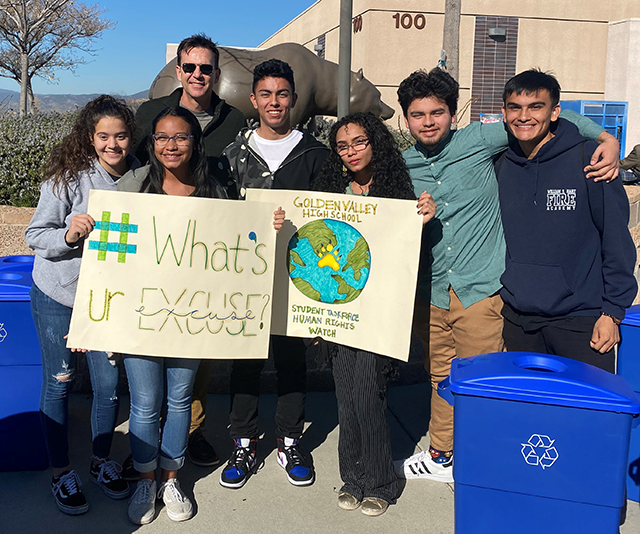 Golden Valley STF leaders meet with Santa Clarita Mayor Cameron Smyth on February 6, 2020. Members will be setting up a meeting with Mayor Smyth to discuss the CRC and getting a resolution to reaffirm the city’s commitment to supporting childrens’ human rights. Photo by Nancy Nazarian Medina

February 7, 2020, The Signal: The city of Santa Clarita donated 25 recycling bins to a student organization at Golden Valley High School on Thursday, February 6, 2020.

The student-run organization Human Rights Watch Student Task Force started a recycling initiative at the beginning of the school year to help keep the campus of Golden Valley High School clean, while also spreading awareness of the benefits recycling has on the environment.

“We decided to pick recycling because as students we looked around the campus and realized how much trash and how unclean it was,” said Ana Talavera-Castanoli, co-president of the organization. “We thought it could be applied to not only other schools and our world, but also in our school.”

The organization began at Golden Valley eight years ago and has been strictly student-run, said Shelley Coe, teacher and adviser at the school. She added that each year the students select a (human rights) topic to focus on throughout the school year.

In an effort to aid the organization with the initiative, 25 recycling bins were donated by the city.

“It’s never a surprise when we hear our local students wanting to take a leadership role,” said Mayor Cameron Smyth. “We’re always meeting and hearing from students about ways to make this community better.”

The students hope others will be more inclined to recycle since there will be multiple bins across the campus.

Before the end of the school year, the organization hopes to host an event to further educate other students and the community about the benefits of recycling and the effects climate change has had on the environment. 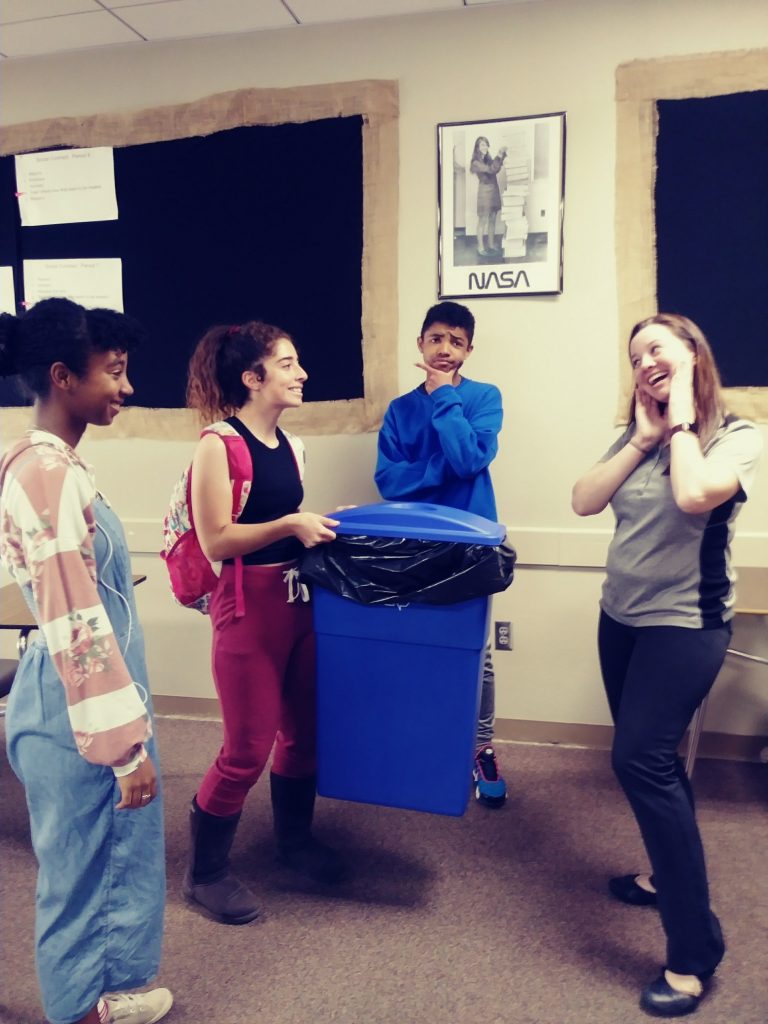 Permanent link to this article: https://www.hrwstf.org/wordpress/golden-valley-stf-gets-city-support/