Human Rights on the Southern Border at Palisades Charter HS 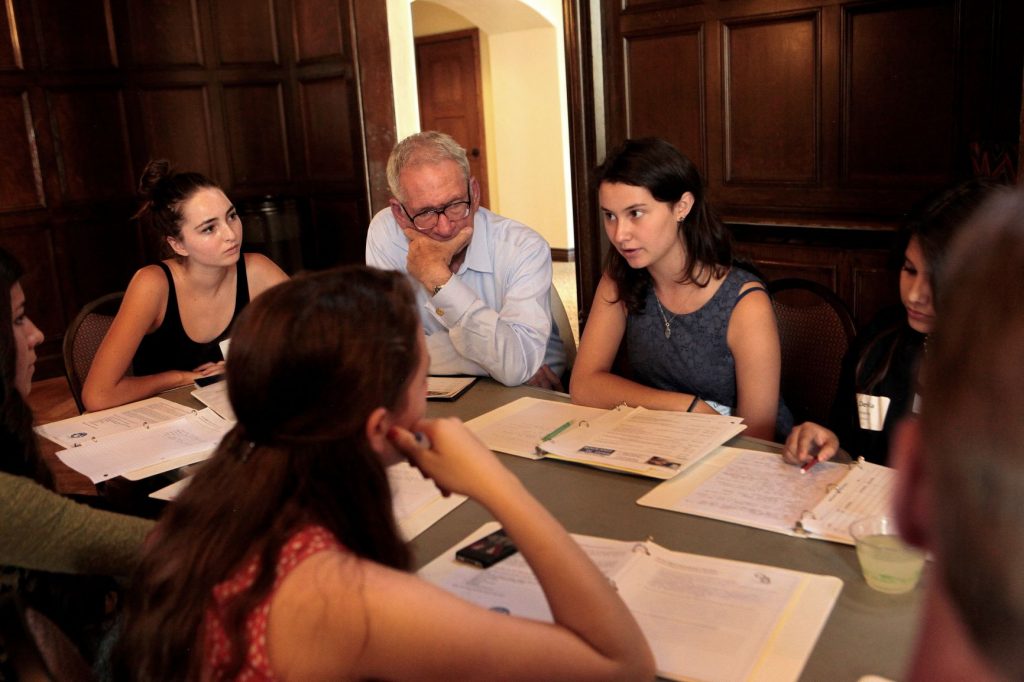 March 8, 2019, HRW: Human Rights Watch mourns the death of our friend, supporter and board member Sid Sheinberg, a legendary Hollywood executive who died at home on March 7 aged 84. Sheinberg and his wife Lorraine worked tirelessly for decades to support human rights and were instrumental in helping Human Rights Watch to establish work on the rights of women and LGBT people.

Sheinberg was best known professionally for launching Steven Spielberg’s career – together they gave us Jaws, ET and Schindler’s List.

Sheinberg was widely recognized as an outspoken LGBT ally… The program he helped establish at Human Rights Watch now covers LGBT rights issues around the world.

He also believed strongly in investing in the next generation and pushed Human Rights Watch to think about educating students on human rights and recruiting young people to the cause. In Los Angeles he supported the Student Task Force, which empowers high-school students to become human rights activists by building campaigns and advocating around key issues.

…His deep legacy propels us forward. We extend our gratitude to Sid and Lorraine Sheinberg for their lifelong support of human rights and we send our condolences to Lorraine, their sons Jon and Bill, and the entire Sheinberg family on the loss of a great man.

Abdiel Lopez, Student Task Force 2012-14, Grinnell College Grinnell, Iowa: “We are young, well-trained advocates passionate about children’s rights issues and eager to make a difference in the world. I don’t know too many other high school students who quoted the Universal Declaration of Human Rights in their history classes, but we did.”

Amy Calfas, Student Task Force 2008–11, United States Institute for Peace Washington, D.C.: “Although our generation is witnessing many crises that dominate today’s media, STF provides the tools and education needed to become active citizens and to defend the rights of other youth. Today’s injustice doesn’t need to become tomorrow’s reality.”

Linda Gordon, Student Task Force 2010–14, Barnard College New York City, New York: “My work with the Student Task force has been truly life changing, and has had significant influence on my academic interests in college and my professional goals. Thank you Mr. Sheinberg for believing in us and supporting our opportunity to learn and to lead and to become a clear voice for justice in the world.”

Permanent link to this article: https://www.hrwstf.org/wordpress/hrw-and-stf-mourn-loss-of-sid-sheinberg/