STF Celebrates 70 Years of the UDHR

Illuminating the Skies for Human Rights 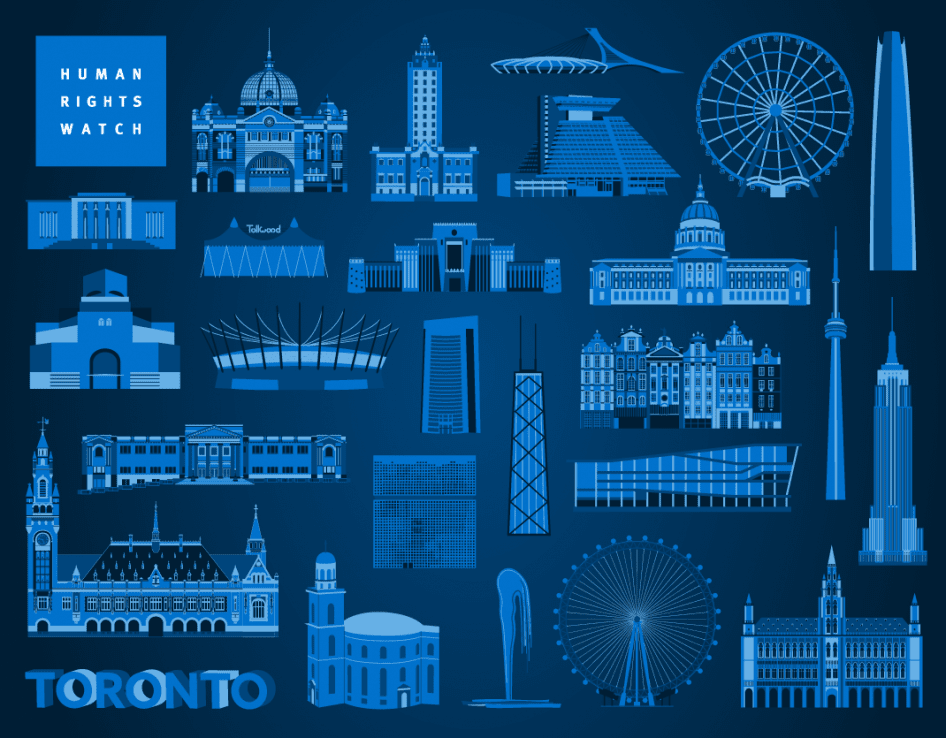 “This is a challenging moment for human rights, but while the autocrats and rights abusers are capturing the headlines, they are spawning powerful resistance,” said Kenneth Roth, executive director of Human Rights Watch. “We are proud to be playing a leading role in this reinvigorated defense of rights and the principles of truth, dignity, and justice that underpin them.”

Each year on December 10, countries across the globe celebrate the adoption in 1948 of the Universal Declaration of Human Rights. The milestone document proclaims inalienable rights to life and liberty, freedom from slavery and torture, freedom of opinion, expression and religion, the right to work and education, and many more protections to which everyone is entitled, without discrimination.

Since 2013, the world-famous Empire State Building – home to the Human Rights Watch global headquarters – has been illuminated in the organization’s signature blue to commemorate Human Rights Day. This year, the following landmarks will shine blue:

Human Rights Watch, an independent, international organization founded in 1978, is known for its accurate fact-finding, impartial reporting, and targeted advocacy, often in partnership with local human rights groups. The 480 staff members based around the world work to end human rights violations by thoroughly and impartially investigating and exposing abuses, pressing for policy changes to improve human rights, and seeking to bring abusers to justice. Human Rights Watch accepts no government funding.

Traditional on-the-ground fact-finding, combined with new technologies and innovative advocacy, has helped keep Human Rights Watch on the cutting edge of promoting respect for human rights worldwide for over 40 years.

“Illuminating these iconic landmarks is a powerful symbol that the values of freedom and dignity that inform the human rights cause continue to burn bright,” Roth said. “It is a call to action and a reminder that despite these dark times, defenders of human rights, democracy, and the rule of law are winning key battles that are well worth fighting for.”

Permanent link to this article: https://www.hrwstf.org/wordpress/illuminating-the-skies-for-human-rights/