Know Your Rights, Protect Our Rights 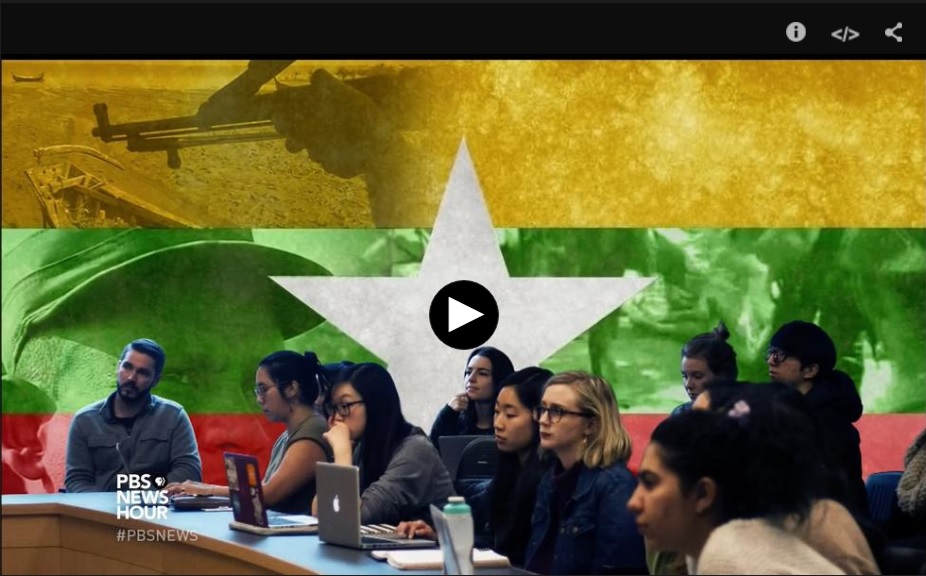 How do we identify atrocities when they are occurring thousands of miles away? A new program at UC Berkeley is training students to leverage social media, geolocation and other high-tech tools to document human rights abuses, and their findings have been brought to the UN. (Click to watch, 9:36)

February 13: PBS News Hour, UC Berkeley, California: The front lines of human rights work have shifted in the digital age and STF Alumna Youstina Youssef, Academy of the Canyons 2015, is there.

As we near the gruesome sixth anniversary of the war in Syria, daily documents of the carnage there now flood the Internet. Photos and videos posted by both civilians and combatants catalogue the shocking depths of human cruelty and possible war crimes.

Now human rights investigators are increasingly turning to the Internet to track what’s happening, not only in Syria, but in other conflict zones.

The News Hour reports on a new university program training students to become human rights investigators in the digital age.

For decades, human rights investigators have relied on tools like shovels and backhoes to uncover mass graves and mass atrocities in places like Bosnia, Iraq, and Rwanda. But in today’s smartphone-filled world, videos and images of people killed or suffering thousands of miles away take only a couple of clicks to find on YouTube, Facebook, Twitter. A new generation of investigators is beginning to employ high-tech tools.

Youstina and other UC students are part of the recently launched Human Rights Investigations Lab at the University of California, Berkeley’s Human Rights Center.

The university and partner organization Amnesty International are training the students to verify videos and other publicly available social media content coming out of areas like Syria, where human rights violations have been occurring.

Youstina is a 20-year-old political science major in the program. She’s become a highly skilled digital detective. And her native language, Arabic, also comes in handy. Youssef grew up in Cairo, Egypt. She and her family are Coptic Christians, a religious minority in Egypt. They came to the U.S. in 2010 shortly before the revolution began [and attended the Academy of the Canyons where she was a leader in STF].

Youstina said, “I didn’t have a minute of hesitation about this (digital project) and I jumped right on it. I think it has a lot to do with my background of coming from Egypt, being a regular person, and then being affected by the political scene in the country, and having your life upended. This project gives me an outlet, gives me a way to feel like I am contributing in some way.”

The 60-plus student volunteers are a diverse group from different majors and the law school. They speak more than 20 languages.

Permanent link to this article: https://www.hrwstf.org/wordpress/stf-alumna-on-pbs-newshour/