Scroll to see photos of the events: 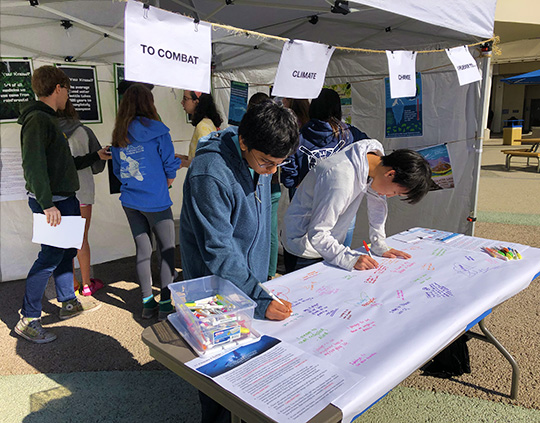 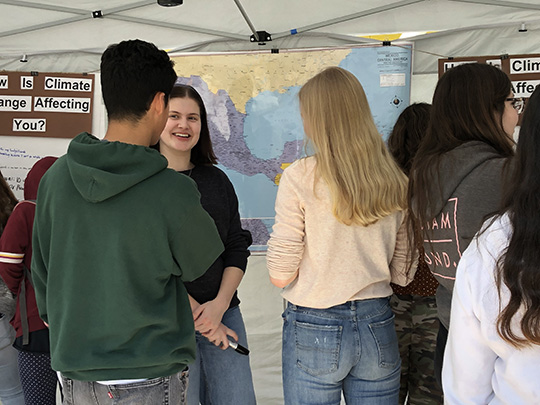 A second tent at Santa Monica HS’s event highlighted climate migrants fleeing Guatemala, Honduras and El Salvador – known as Central America’s Dry Corridor. The third tent celebrated the efforts of youth climate activists from around the world. Participants had the opportunity to share how climate change is impacting their lives and get pre-registered to vote. Photo by Kristin Ghazarians 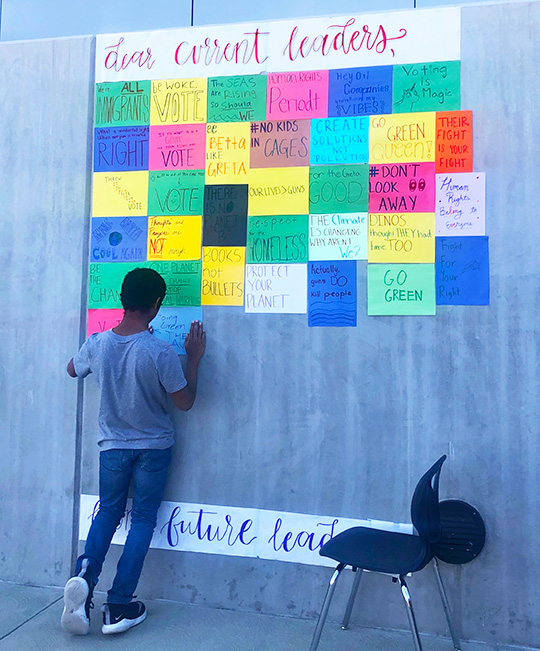 February 21, 2020: In a visual letter to current leaders, students at Academy of the Canyons created a slogan wall to raise their voices on children’s rights issues including homelessness, gun violence, climate change, immigration and voter registration. Photo by Carina Baylon 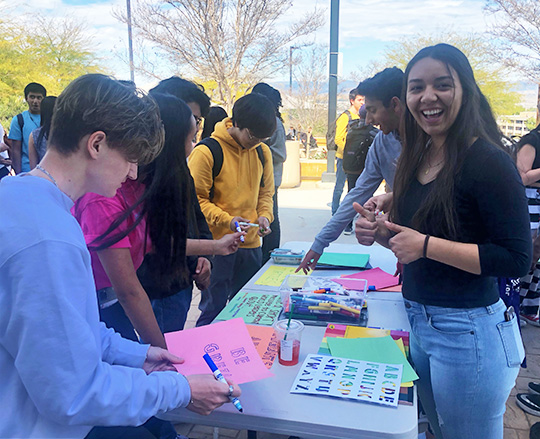 AOC STFers provided materials for participants to make their own slogans, which were then placed together to create a mural. The slogan wall was displayed at the front of their school. Students were also able to register or pre-register to vote. Photo by Carina Baylon 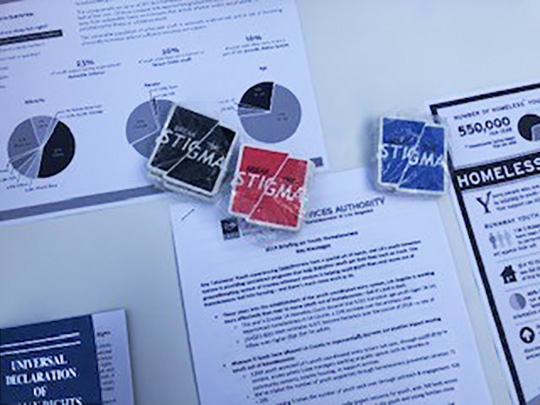 February 27, 2020: Partnering with the Gay Straight Alliance (GSA) Club, Sierra Canyon STFers hosted an educational tabling event to discuss stigmas associated with homeless youth in Los Angeles. STFers asked students to share the preconceived ideas they held about homeless youth and what they were surprised to have learned during the event. GSA members created “Break the Stigma” stickers which were sold to purchase backpacks and school supplies to be donated to School on Wheels and the LGBT Center. Photo by Nia Holden 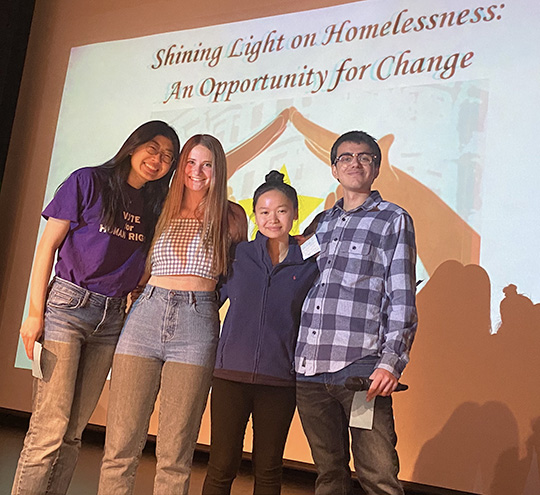 February 28, 2020: Valencia HS STF hosted 500 students for an assembly called “Shining a Light on Homelessness”. Using the Convention on the Rights of the Child, STF leaders explained how homelessness violates a number of basic human rights. STF leaders used the event to launch a food pantry for students at Valencia High. Several classrooms will serve as host to the food pantry for students to pick up free non-perishable food items or feminine hygiene products. The assembly concluded with students writing messages of hope and encouragement, which will be distributed to residents of the homeless shelter, “Bridge to Home”, in Santa Clarita Valley.
Photo by Nancy Nazarian Medina 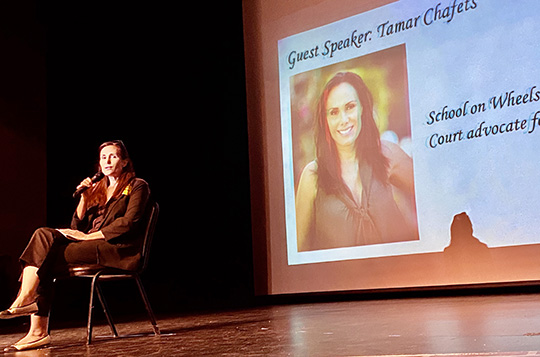 STF Advisory Committee member Tamar Chafets joined the Valenia HS assembly and spoke about the realities faced by home insecure youth and shared personal stories from her time as a tutor for School on Wheels on Skid Row in downtown Los Angeles. For students interested in getting involved, Tamar suggested they volunteer with nonprofits and city libraries that seek tutors. Following the assemblies, Tamar stayed for a lunch with teachers and STF leaders. Teachers were surprised that their campus does not provide feminine hygiene products in the restrooms or with the school nurse. They commended the STF leaders for their persistence in getting the food pantry approved. Several offered to be a food pantry host “location” if needed. Photo by Nancy Nazarian Medina

Permanent link to this article: https://www.hrwstf.org/wordpress/stfers-in-action/