As the 2019-2020 academic year comes to a close, we wanted to share a review of STF accomplishments. Students faced so many challenges this year (fires, school shooting, Covid-19, violence during peaceful protests) but remained committed to human rights activism.

We wish we could celebrate in person with our graduating seniors, but hope this photo journey will serve as an inspiring reminder and congratulations for the more than 50 events you undertook this year.

Stay safe and healthy and ready for action for human rights!

August 17, 2019: STF alumni, teacher advisors, interns and special guests celebrated 20 years of training thousands of young advocates to protect human rights in their school communities and around the world. See more photos of the event. 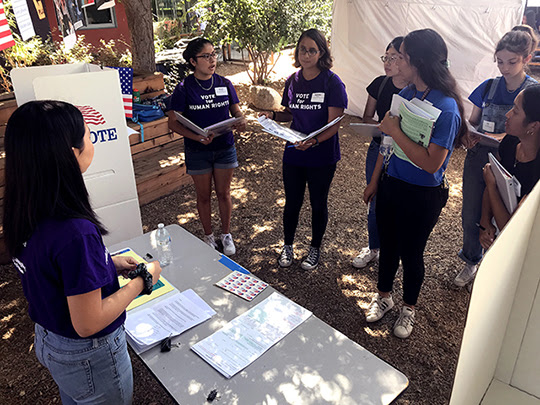 September 7, 2019: Student leaders, teacher advisors and special guests launched the campaign celebrating the 30th anniversary of the Convention on the Rights of the Child (CRC) at the STF Fall Leadership Workshop hosted by New Roads School.
See more photos of the event. 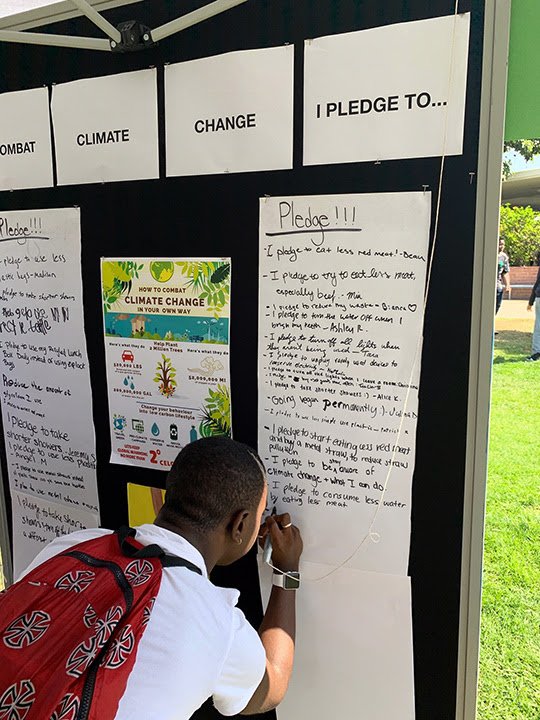 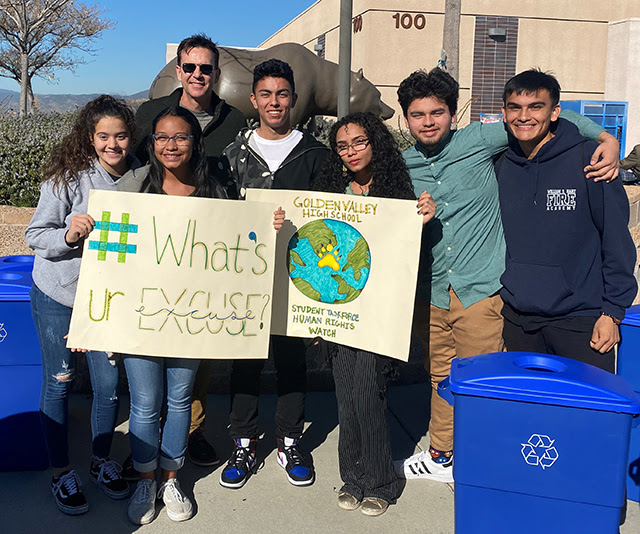 November 5, 2019 at Sierra Canyon School and on November 8, 2019 at Golden Valley HS, STFers conducted waste audits of their campuses and worked with administrators to get more recycling bins on campus. On November 22, 2019, Sierra Canyon partnered with the Environmental Science teacher to educate their community about the dangers of climate change and saw an immediate drop in the sale of plastic bottles on campus. After Golden Valley STFer’s presentation to faculty about the importance of expanding recycling on campus, Santa Clarita Mayor Cameron Smyth (above) came to campus to donate 25 recycle bins to the school on February 7, 2020. 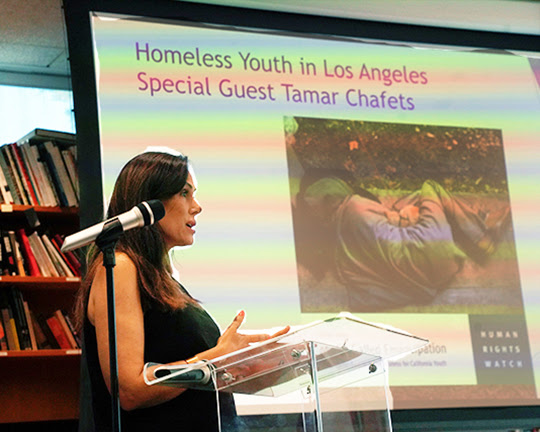 Tamar Chafets, homeless youth advocate, helped STF better understand how youth in Los Angeles become homeless. Santa Monica (November 6, 2019), Palisades Charter (November 8, 2019), Sierra Canyon (January 27, 2020) and Valencia (February 28, 2020) STF chapters hosted events with Tamar to dispel myths around homelessness and encourage students to be empathetic and supportive of all their classmates, some of whom they may not realize are food or housing insecure. Tamar also spoke with STFers from six chapters during an online video event hosted by the Da Vinci STF chapter on April 28, 2020. Watch Tamar’s discussion with STF. 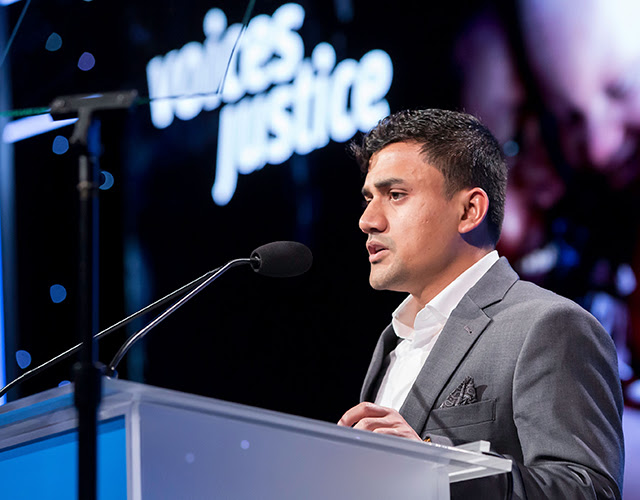 November 12, 2019: Attendees at the 2019 HRW Voices for Justice Dinner were inspired by powerful presentations from HRW’s Executive Director Ken Roth; Rohingya writer and activist Imran Mohammad; HRW researchers and advocates working in Africa, Iran and China; Egyptian comedian Bassem Youssef and a performance by the Gay Men’s Choir. STFers began the evening by holding a special reception for Imran Mohammad, a Rohingya refugee who had to flee for his life at age 16. See more photos of the event. 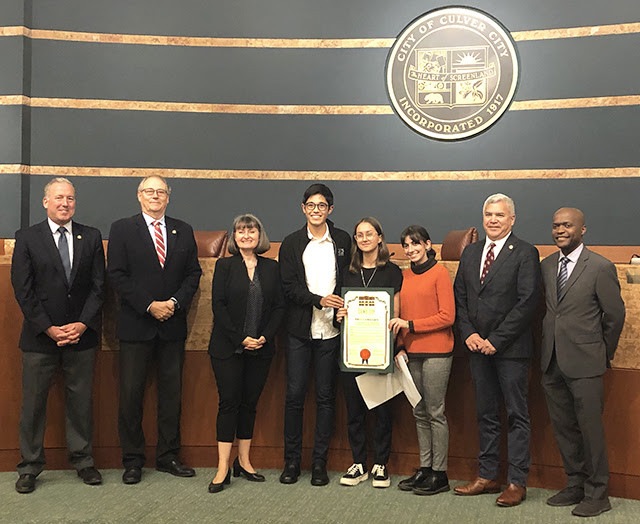 November 18, 2019: Over the course of three meetings with Mayor Meghan Sahli-Wells and the Culver City City Council, Culver City HS STFers advocated for the adoption of the Convention on the Rights of the Child (CRC). The STF members urged the Council members endorse the CRC at the local level to ensure children’s rights within the city, provide a framework for future city policies dealing with children, and serve as a model for ratification of the passage on a broader scale. On January 27, 2020 the Culver City City Council unanimously voted to adopt the resolution! Also, in honor of the 30th anniversary of the CRC, Mayor Sahli-Wells issued a proclamation that November 20, 2019 be officially recognized as the 30th anniversary of the CRC in Culver City. The proclamation was presented at the November 18, 2019 City Council meeting (above). Learn more about Culver City’s path to adopting the CRC. 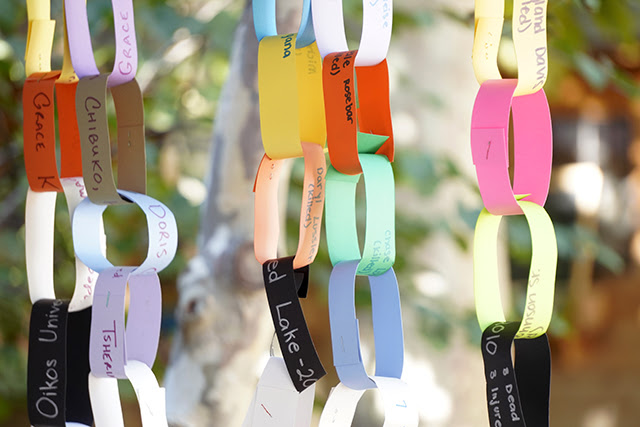 Following the school shooting at Saugus High School on November 14, 2019, STF chapters at Valencia (November 18, 2019), Canyon (November 19, 2019), Golden Valley (November 20, 2019) and Academy of the Canyons (November 22, 2019) STF chapters hosted debrief meetings to provide students with a safe space to talk about how the tragedy was impacting them. Students planned to approach school and district officials about ending gun violence in schools but were stalled by the Covid-19 campus closures. 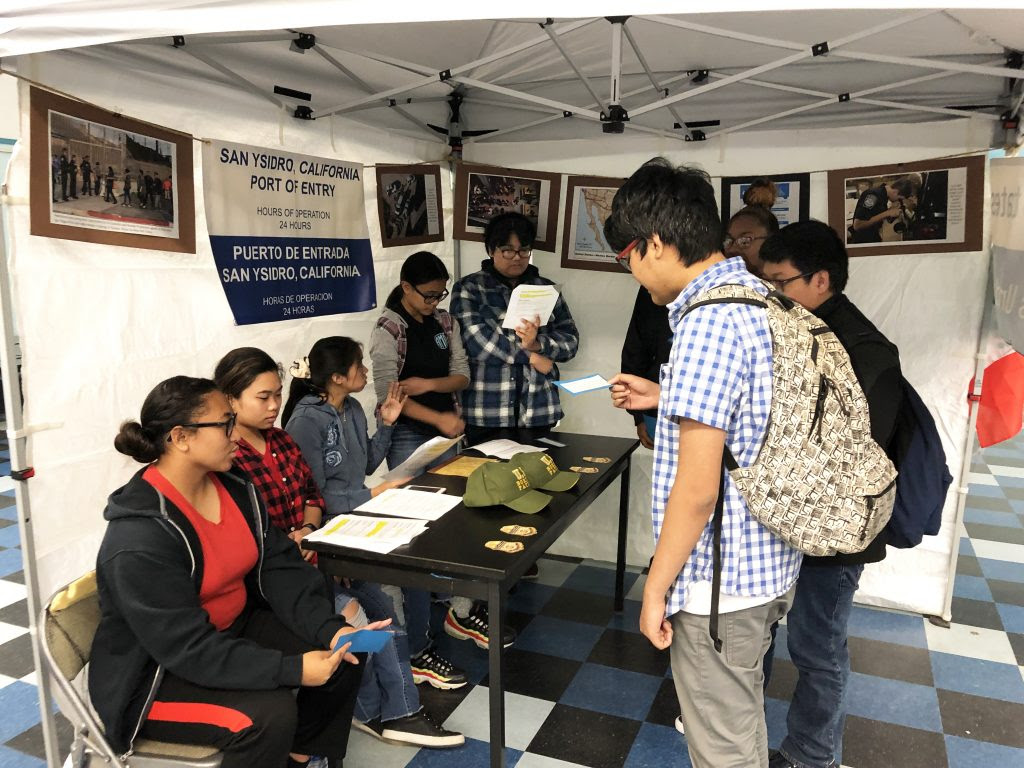 November 20, 2020: To celebrate the 30th anniversary of the Convention on the Rights of the Child (CRC), Carson Senior HS STFers brought back the popular “Human Rights on the Southern Border” traveling exhibit. They reminded their classmates that children are still being separated from their families and held in U.S. immigration detention centers, violating their human rights, including freedom from separation from parents (CRC article 9) and deprivation of liberty (CRC article 37).

December 10, 2019: On International Human Rights Day, the national network, Human Rights Educators USA (HRE USA), which promotes human rights education in the United States, honored STF with special Youth Engagement Recognition. The award was made in commemoration of the 30th anniversary of the Convention on the Rights of the Child. HRE USA recognized STF’s “leadership in the promotion of children’s rights and its youth activism locally, nationally, and internationally.” Learn more about the award. 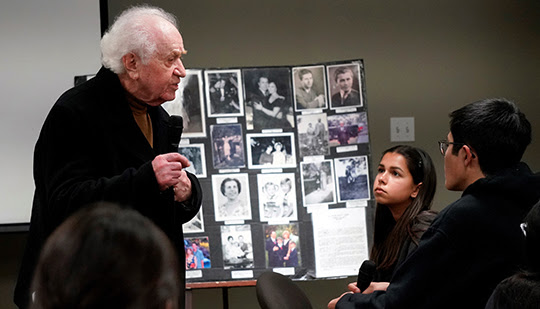 February 11, 2020: The STF Winter Workshop featured Holocaust survivor Bill Harvey who movingly shared his story of surviving the horrors of Auschwitz and Buchenwald concentration camps. Bill, who is nearly 96-years-old, told STFers that he defines success in life by the impact and the good that is shared with people. Bill urged STF to speak up against discrimination in every form, “Never stay silent!”
See more photos of the event. 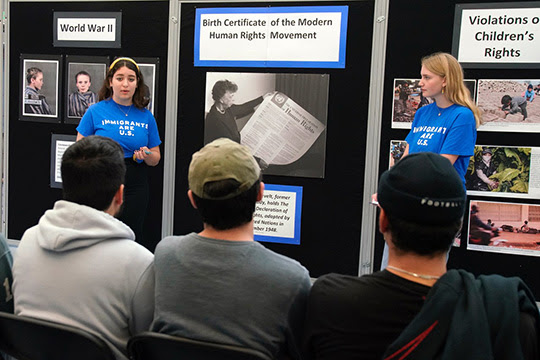 April 10, 2020: To contribute to April’s Genocide Awareness and Prevention Month, STF hosted its first-ever virtual discussion with special guests Rita Lurie, a Holocaust survivor, and Leslie Gilbert-Lurie, human rights advocate. The mother-daughter duo spoke with STFers and supporters and helped them better understand the horrors of genocide and the trauma that can last a lifetime. Rita described what it was like for her family to spend two years hiding in a tiny attic in Poland during the Holocaust (she was a young girl) and she read passages from their memoir she wrote with Leslie, Bending Toward the Sun. Watch Rita and Leslie speak with STF in April. 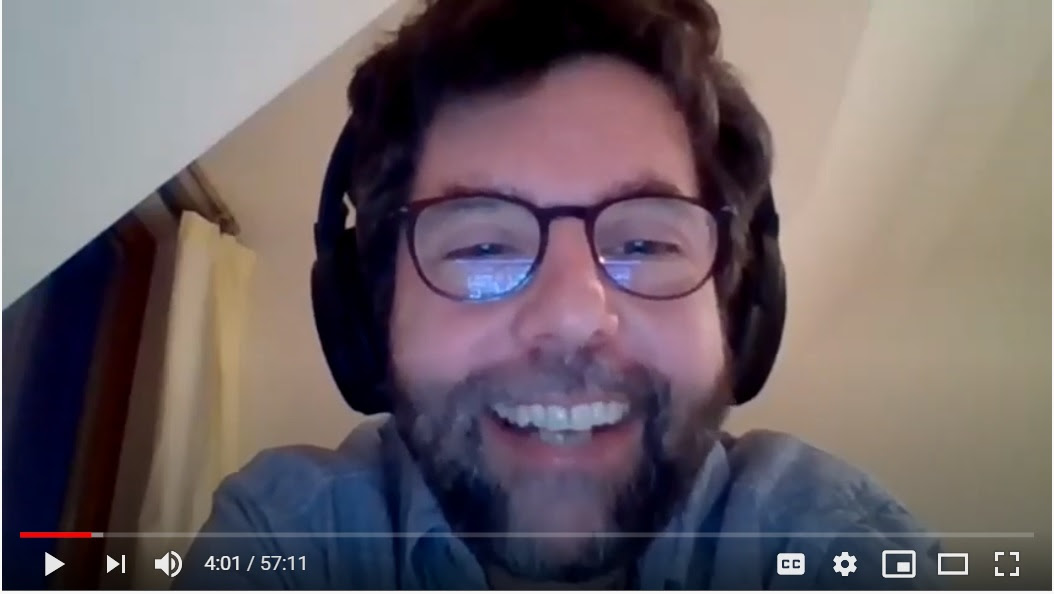 April 18, 2020: STF students, teachers and guests watched the documentary “E-TEAM” to learn what it’s like to investigate human rights abuses in conflict zones. Participants were captivated during a post-screening discussion with one of the film’s central figures, HRW’s Fred Abrahams, Associate Director for Program. Fred spoke with 90 STFers and friends about life as a human rights advocate on the front lines, including Syria, Libya and Kosovo. View Fred speaking with STF. 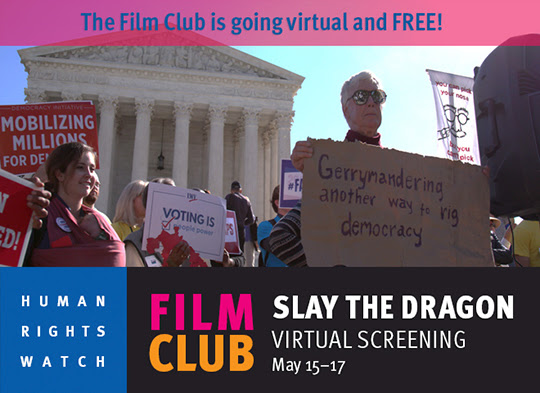 May 15-17, 2020: STF students, teachers and guests participated in the HRW LA Film Club screening and panel discussion of “Slay the Dragon“. The event helped STFers prepare for our fall 2020 campaign to Vote for Human Rights by learning about how gerrymandering impacts U.S. elections and contributes to voter suppression.

Permanent link to this article: https://www.hrwstf.org/wordpress/what-a-year/